5 Ways Magicians’ Magic Is Something Special

If you’re a regular YA devourer, like us here at Basic magazine, you have familiarized yourself with common trends and gender stereotypes. Vampires, werewolves, witches, love triangles – you’ve seen it all and chances are you’re craving something new.

Walk in magicians, a television series with a good dose of cynicism, based on the trilogy of books of the same name. One look at the trailers – which in themselves are bright with pretty faces and sufficiently convincing visual effects – and you’d think it looks suspiciously like something along the lines of “Harry Potter for adults.” However, it only takes one episode to realize that beyond the magic school concept, these stories couldn’t be more different – and it all has to do with, well, the magic!Here we will discuss five ways magicians carries magic you haven’t seen.

It’s no surprise that a school for the study of the mystical arts is full of quirks – but it’s not Hogwarts. The campus is uncluttered and undeniably erudite, accessible only beneath its layers of wards and magical shields by enrolled students and staff members. Becoming such a student is also not a letter by owl, but rather a system of tracking enchanted globes in search of teenagers with magical abilities. When such a person completes their required training, they are torn from reality and onto the Brakebills campus to take their entrance exam. Pass, and you continue to learn the ins and outs of being a magician. Fail, and your memory of the event is entirely erased, and you’re none the wiser.

“On the exam, each of you did magic. What was inside of you was… coaxed. The question is, who can turn this magic into something more? Who can be a magician?

Brakebills is full of sentient books (which can, on occasion, mate), enchanted fountains, a reality-warping gymnasium, and, of course, students from all walks of life creating magic. Students are organized into disciplines based on their own innate abilities: Knowledge, Physical, Psychic, Nature, the list goes on. Whatever power you possess, Brakebills is ready to help you grow and refine that power.

At the end of their first year, each student is equipped with what is called a Key of the Ancientsso that they can circumvent the illusion of a dense forest surrounding the campus and return for some reason.

“This school exists for a single and timeless purpose: to reveal your innate abilities and perfect them to the highest degree. What you choose to do with it next is entirely up to you. Do you want to conquer the world? We don’t teach that, but try it.

What Brakebills teaches above all is freedom. Magicians may look like normal humans, but at their fingertips lies an enormous arsenal of possibilities, and Brakebills’ true intention is to open your eyes to such possibilities. 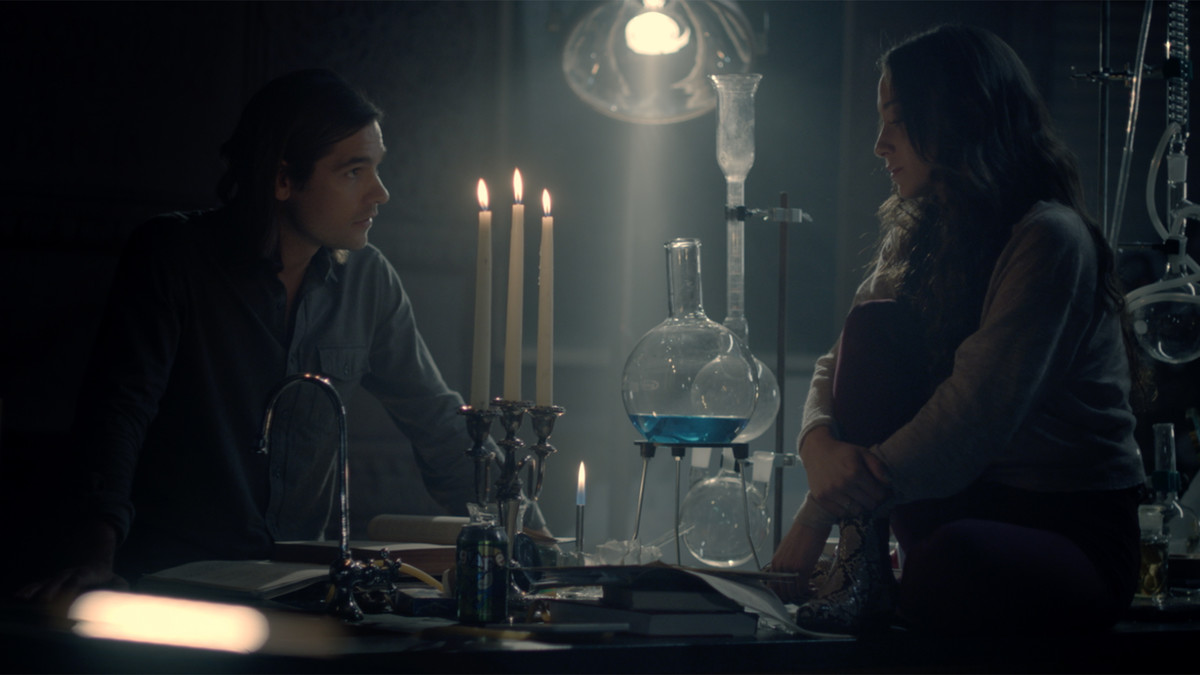 The Makings of a Spell (SyFy)

2. Magic is more scientific than you think (and more universal)

At Brakebills University, making magic isn’t so much about “doing the impossible” as it is about redefining what is “impossible.” is. Like many subjects in academia, magic can be approached methodically and logically – the study of mathematics and the science of magic is the foundation of Brakebills education. The periodic table of elements itself contains magical elements only detectable by magicians, some of whom went on to become great inventors, doctors, scientists, and even politicians (in fact, former US President John F. Kennedy was a magician) .

Magic spells are not cast with a simple wave of a wand and a few Latin phrases, but rather a complex set of hand, finger, and arm movements known simply as tutorials. The complexity of these tuts, as well as all ingredients, incantations and atmospheric circumstances (e.g. the position of the moon), is decided by the complexity and power of the magic performed; even a slight accident can completely change the outcome. Performing even the smallest spell also alters the mind and body, whether the magician likes it or not.

Magicians see the world through a different lens, developing a sense of the connection between elements and spells and understanding the world around them on an entirely different level. He is this instinct that Brakebills follows and hones, to see if it can be practiced and improved. 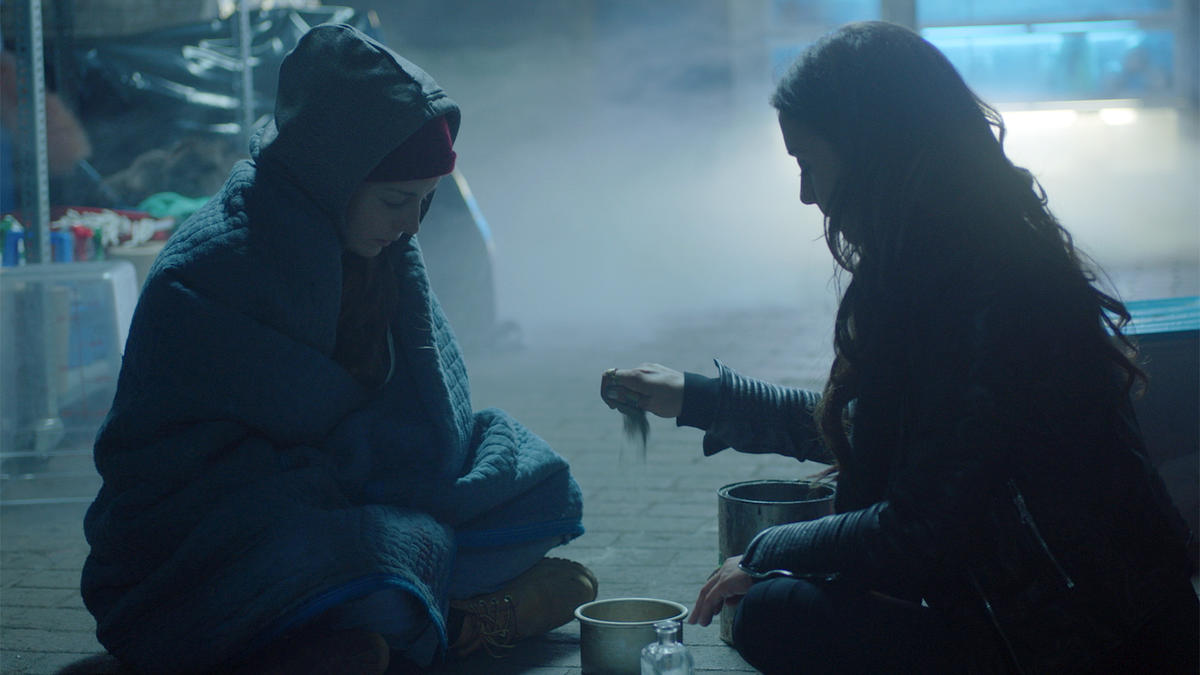 3. Know the changes All

“The magic is real and that’s the thing, and once you know that, you can’t – It’s like I know it’s there. It’s everywhere, all around me, a whole world of power and beauty. You cannot ignore it. You are waking up for the first time.

One thing that becomes very clear as the story progresses, especially in the case of deuteragonist Julia Wicker (a Brakebills reject), is that magic – due to its enigmatic and altering nature reality – can very easily become addictive. The Hedge Witches – pseudo-magicians scraping the bottom of the barrel for any spell they can find – throw away their whole lives just so they can work the tiniest bit of magic. Magic redefines what was once irrefutable, pushes the boundaries of what can and cannot be done, and pushes the magician into dangerous territory; yet another reason why an institution like Brakebills is needed.

This world-changing perspective shift isn’t entirely metaphorical — there’s a literal aspect to it, too. When a magician is introduced to the world of magic, a set of previously inert synapses activate and they begin to view the world through a lens in which everything carries its own energy, power and magic, to shape and to be operated by the individual. 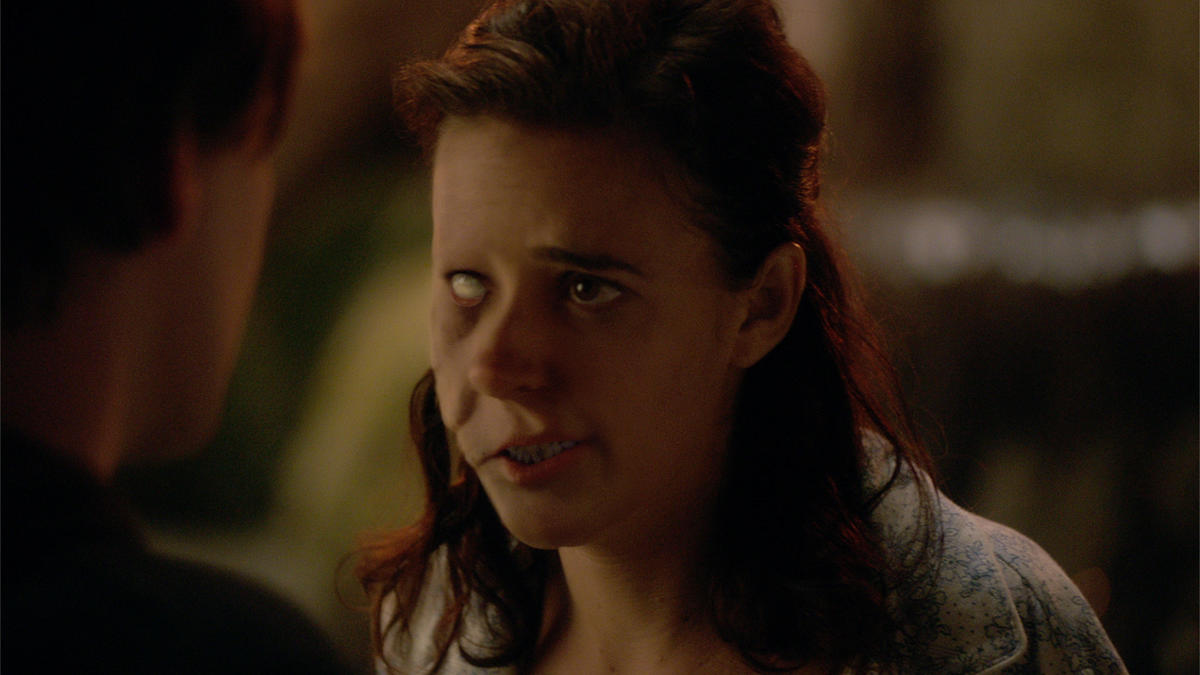 The Macabre Effects of a Spell Gone Wrong (SyFy)

Magic, like everything in the world, doesn’t always work. Moreover, it is not always the better Solution. Arguably one of the show’s greatest strengths is its portrayal of magic as something wonderful, fun, dangerous, addictive – and never perfect. It creates problems more often than it solves them, exacts an unpredictable price from the magician wielding it, and cannot necessarily cure things that regular methods cannot.

This level of realism grounds the story in an unprecedented way, allowing for an emotional honesty that would otherwise have been drowned out in too much plot and information dump. This allows the show to shine a light on the reality that, despite the magic, our heroes are just a bunch of twenty-somethings figuring out what to do with their lives – while simultaneously battling a dollop of mental illness (this is especially true in the case of our protagonist, Quentin Coldwater).

5. “We only Watch Capricious”

“You are in Fillory, magician. Be careful with strangers. We only look fancy.

Last but not least, one of magicians‘ crown jewels is his presentation of magical creatures as all they are supposed to be: mysterious, amusing, fantastic, funny and sometimes scary. Whether they are as benevolent as unicorns or as unstable as vampires, the imaginary population of their world (and beyond) is dangerous. This is most evident with the first season’s main villain, known only as the Enigmatic Beast – a deranged, flesh-eating humanoid with an extra finger on each hand, an entourage of moths surrounding (and disguising ) his face, and an arsenal. incredibly powerful magic.

This menacing presence is less evidently found in beings like Fillory’s sentient flora and fauna, amphibian-like fairies, deep-sea fiends, and imperious gods who have complete disinterest in the affairs of humans.

It is with this fearlessness in creating unwanted, sometimes frightening creatures that the backdrop of magicians thrives in a world filled with threats beyond what most of us can conceive. And after the chilling fallout and disturbing new threat revealed in the Season 3 finale, more is destined to come.

The Magicians returns with its fourth season on January 23 on SyFy, at 9/8c.