Lean over to your computer and remove a coin from your ear. Join enthusiasts as they attend virtual magic lessons and put on shows to impress classmates, families and grandchildren

Lean over to your computer and remove a coin from your ear. Join enthusiasts as they attend virtual magic lessons and put on shows to impress classmates, families and grandchildren

Many magicians work to perfect the vanishing act. But in Amaan Mahtani’s case, it’s his family doing the act of disappearing, as he has a trick to perform on them… for the 10th time in one day.

The 11-year-old magic enthusiast spends at least four hours every weekend and an hour and a half on weekdays perfecting his craft. A fan of magic ever since his grandfather showed him the disappearing thumb trick when he was six, Amaan says he managed to pursue magic in earnest when last year’s lockdown made everything virtual and that outdoor play time has drastically decreased. “I took a magic class on Udemy and am constantly learning from YouTube channels like MLT Magic Tricks, EvanEraTV, and SpideyHypnosis,” he says.

Amaan’s repertoire now includes 30 tricks, including mentalism. “I found a few myself after lots of trial and error,” he says. As we talk via video call, he causes sponge balls to disappear and reappear out of thin air. Gradually, his friends also got involved in the hobby. “I give them some advice but I never part with the secrets of the trade”, he laughs while adjusting his bow tie – Amaan is still dressed for the role, with dreams of doing it for
America’s Got Talent one day. 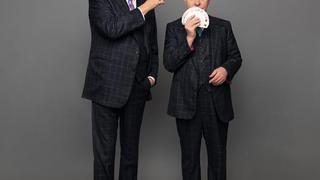 Thanks to free courses on YouTube channels, many have been drawn into the fascinating world of magic. International artists such as Penn and Teller are available on MasterClass to teach their skills for a nominal fee. “Knowing a few fun tricks can make you stand out at parties and other gatherings. It’s also a great icebreaker,” says Chennai-based magician Arun Loganathan, who has been teaching the craft for a few years. 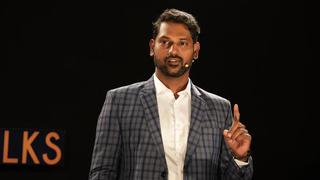 Since 2020, it has started taking virtual classes for students of all age groups – from seven to 70 – from within the country as well as from Switzerland, the United States and Papua New Guinea. -Guinea. That means a lot of late nights and early mornings for Arun. “I woke up at 3:30 a.m. to teach a student in Philadelphia,” he says.

“The demand has increased by 65% ​​in one year,” says Arun, adding that people are comfortable with online courses because they are more accessible and personalized. His students are a mix of novices and those learning on YouTube, who then approach him to learn advanced magic or the finesse and frills that come with the act. Interestingly, people don’t mind spending huge amounts of money to learn a skill that may just be for recreational purposes; some of Arun’s international customers pay up to one lakh for 30 days.

Magicians are normally known for bamboozling their audience, but Arun sometimes feels like things are spinning when his young students already know the trick he is teaching and come up with different techniques for solving it. Using Arun’s experience of over two decades in the field, he finds ways to keep challenging them.

While children make up 60% of the student population, magician Nikhil Raj from Bengaluru notes that his adult sessions are mostly booked by companies. “I lead a 50-minute session for them that includes mentalism, illusions, prestidigitation and hypnotism,” says Nikhil, 25, whose father was also a magician. 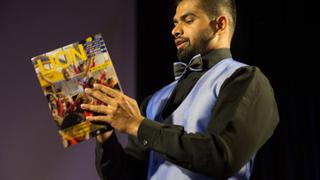 Although Nikhil has been running workshops for many years, last year was particularly busy with over 500 children taking classes online. Sometimes parents learn with their children, sometimes it’s grandparents who learn to entertain their grandchildren…the clientele is diverse. After completing their course, many of them also held virtual shows for family and friends.

Nikhil says her workshops also weave personality development and communication skills. “Magic workshops are more than just learning tricks. It prepares you to deal with any situation that might arise during a show. There might be rowdies… You have to deal with them calmly and make them your fan,” says magician Akshaya on a call from Pune.

Trained by her father, the 25-year-old has been on stage since the age of three. She did her last show this year in Goa in April and was set to perform at a wedding in New York later this year when the second wave of COVID-19 disrupted all plans. 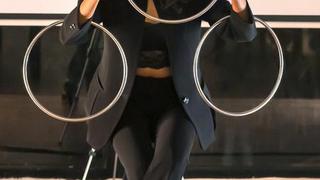 “COVID-19 is the reason I started teaching online last year in September, otherwise I never would have,” says Akshaya, who has led more than 40 classes in the past eight months. . Although she believes magic should be experienced live, she says, “Virtual has its own charm and its own advantages. Many things can be done virtually that might not have been possible on a live broadcast. But I can’t divulge what they are,” she laughs mysteriously.

The flair of craftsmanship

Learning magic takes a lot of patience, hard work, and constant practice. Not all students have the discipline to persevere. Those who stay are those with unwavering curiosity and dogged determination. “There’s a saying, ‘You don’t get into magic, magic gets into you!'” Akshaya says.

“There’s a joy when people look in wonder and ask ‘how did you do’,” says Amaan, who often practices in front of the mirror – not because he’s conceited – to make sure he can be seen playing from all angles. . “You have to make sure you don’t reveal anything from any angle,” he adds.

Akshaya records his workouts to make sure every move goes as planned. Sleight of hand is important. “You can learn the basics, but you also have to train your hands,” is the common refrain.

While practitioners of this art form are often associated with vibrant costumes, state-of-the-art equipment and gear, Arun, Nikhil and Akshaya are practical and keep it simple for the time being. “Due to the confinement, not everyone has access to materials and kits, so it is better to use household items like pens, coins, cardboard…”, explains Nikhil. “At the end of the day, what matters is the finesse with which you execute a trick.”