Tucsonan John Shryock is internationally known for his energetic performances. At right is his wife, Mari Lynn. 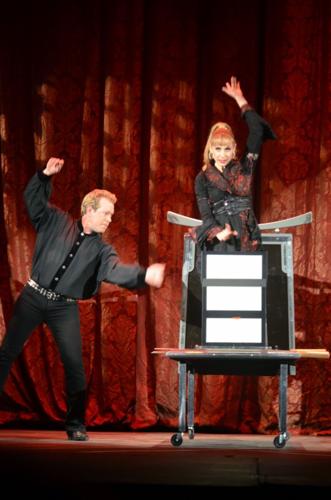 John Shryock, shown with assistant Mari Lynn, says the Stars of Magic show was instrumental in launching his career. 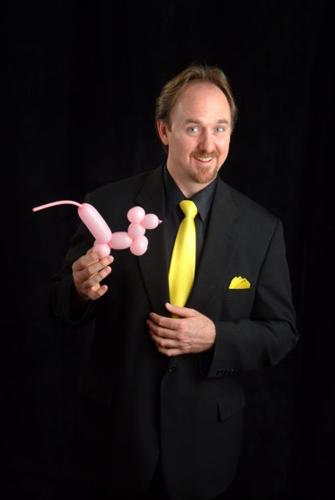 Norm Marini is on the program for this weekend’s Stars of Magic show at the Hall of Music and Art.

By Loc Tran for the Arizona Daily Star

Stars of Magic is more than just a sleight of hand.

It’s a night of grand illusions, drama, dance and comedy that commands admiration from audiences and is sure to fill the Temple of Music and Art on Saturday August 20th.

John Shryock of Tucson is set to return to the 29th anniversary of Stars of Magic, a premier annual magic event that features local and national magicians. Shryock, who performed in all but five shows, skipped last year’s presentation because he was booked in Macau, China.

John Shryock and Mari Lynn, along with 12 other magicians from the Tucson Chapter of the Society of American Magicians, will pull out all the stops to wow audiences in a two-hour show.

Internationally known for his big illusions and high-energy performances, Shryock praises the Tucson chapter and event. It was a video of her performance at the first Stars of Magic event in 1988 that landed her her first gig at the Magic Castle in Hollywood.

After the Patriots loss, it’s easy to see the magic show was all smoke and mirrors