NUR-SULTAN. KAZINFORM Many people may wonder, “What’s going on at Astana Opera in the offseason?” by strolling in the summer near the majestic building of the capital’s opera house. As part of the reports that tell of life behind the scenes, readers are this time invited to discover the inner workings of the stage – the heart of the opera, the Press service reports from the Astana Opera.

The first association that arises with opera during the summer is stillness. However, despite the fact that the theater season is over, life here is still in full swing. If you take a look behind the scenes, you’ll see that the stage mechanics are working tirelessly. Throughout the season, they take care of setting up the sets for opera and ballet performances and managing the stage machinery. Now the service team of machinists thoroughly inspects the equipment, puts the devices in order and prepares the equipment for the new season. It should be noted that for many years the employees of the Stage Machinery department have been actively working under the direct supervision of Victor Carare, deputy director of Astana Opera for the design, production and maintenance of buildings.

“The repertoire of our opera is very rich. Technically complex productions with large, interesting sets, which have no analogues in almost any theater hall in the world, are staged at the Astana Opera House. Also, performances of other creative teams are taking place in our opera house, and in order for them to take place and go as planned, we need to carry out maintenance work before the new season,” Talgar Tatmakov, Head of Stage Machinery Department , said.

“The lower and upper stage mechanisms can be controlled from the console by a single operator, i.e. everything is automated. This shows the incredible technical abilities of the Astana Opera stage. Only a few theaters in Central Asia have such equipment, and we are rightly in the top of the best stages in the world. It is a space of more than 3,000 square meters, divided into four areas: two side pockets, a front stage and the back of the stage. In addition, it can go up and down up to 5 meters. We have the possibility to present our sets to the attention of the public in a few minutes with the help of the right and left sides of the stage, hidden from the eyes of the public, and also thanks to its rotation mechanism”, said Talgar Tatmakov .

Stagehands regularly undergo advanced training. For example, last season, specialists from Germany organized a week-long training session with them. Incidentally, German professionals invited to train were behind the creation of the stage mechanism of Astana Opera. Abai Yerzhanov, who has worked at the opera for a long time, says he always shares his experience with young colleagues who have joined the team. 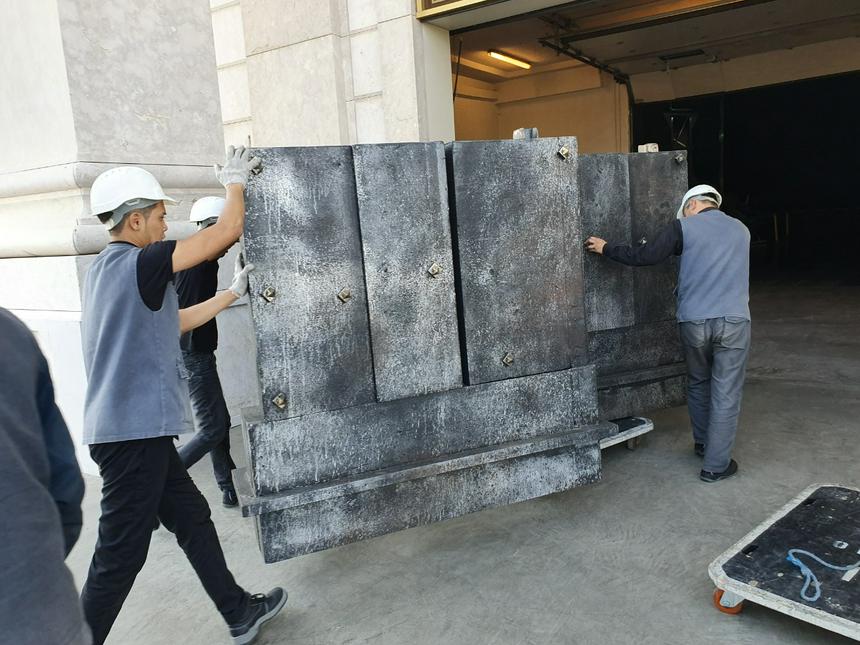 “The work of stagehands is very responsible, because above all, technical safety requirements must be met. Sets that do not fit in the opera house warehouse are stored in specially designated places outside the opera house, so they must be brought here by trucks. For example, the sets for Giuseppe Verdi’s opera Aida are so large that they are transported to the opera house in 17 40-foot containers. Then we unload it all ourselves and prepare the stage for the performance. Initially, installing these sets on a large scale took us 5 days, but now we have reached the stage where we only need two days,” said Abai Yerzhanov. During the conversation, he also shared that he participated in the preparation of the stage for the Astana Opera tours in China, Italy, Spain and Hungary.

On a tour, stagehands carefully study the destination before the trip. As setting up the sets takes time, they go on tour early, prepare the stage before the artists arrive, and dismantle the sets within a limited time after the performances.

Their work is not limited to setting up sets and operating equipment. Some of the staff prepare the set pieces for the next stage, while others ensure that the artists performing on stage are not in danger. Indeed, the sets are not stationary during the performance, they change in every scene, some lower, others rise. To the question “Which of the productions do the machinists consider the most difficult?” the answers were different. Productions such as Aida by Giuseppe Verdi, Birzhan – Sara by Mukan Tulebayev, Tosca by Giacomo Puccini and others were named. 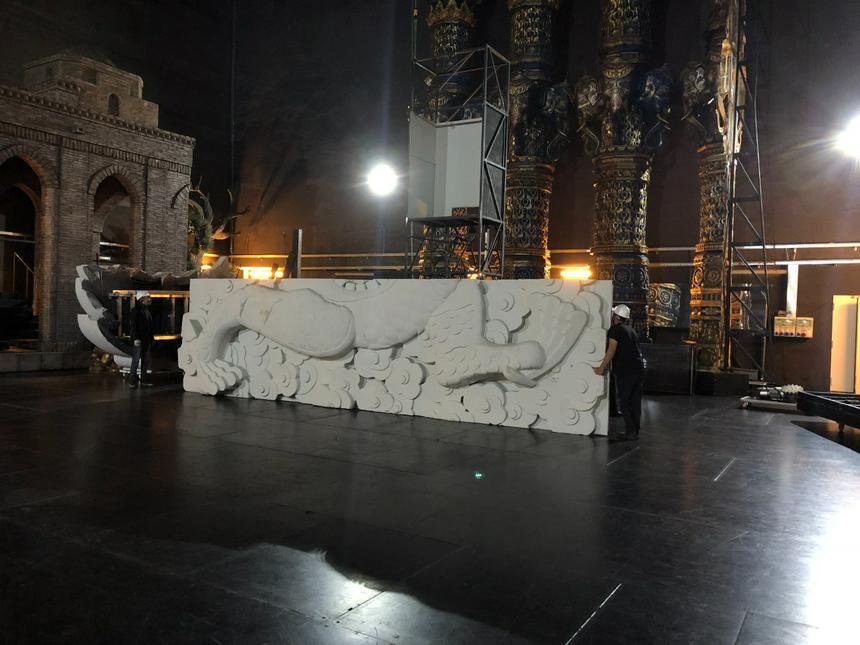 At a concert or opera or ballet, stagehands are dressed in classic black clothing, as they are often seen at work during a performance.

“Our stagehands can change several tons of sets in seconds using a remote control. For example, in the opera Abai by Akhmet Zhubanov and Latif Khamidi, Abai’s house disappears in the blink of an eye and the stage turns into a flat square. In Giuseppe Verdi’s opera Aida, during the passage to the last fourth act, the sets rise simultaneously with the help of 200 masts. Once the sets have been set up, the artists remain on the lower level of the stage. The spectators on the floor have the impression of being themselves in a dungeon with the singers. It is also amazing that no sound is heard when more than 100 machines are moving, and only the voices of the singers can be heard from the stage. This opera is staged in many opera houses, but only on our stage does it look so grand and captivating,” say the employees of the Stage Machinery department.

The technical equipment of Astana Opera allows the opera to stage one of the most complex classical masterpieces in the world. You can see it for yourself by visiting the main stage in the country during the new 10th anniversary season.

The Wizards of Sussex celebrate the club’s 40th anniversary with members from Burgess Hill, Crawley, Horsham, Worthing, Brighton and Heathfield